Follow the Money: Radio Voices for Peace and Justice

If we follow the money, we find the root of the rot.  That is the unifying theme of sixty-six incisive interviews with Dennis J. Bernstein on his Pacifica Radio Network KPFA Flashpoints program, in a just-released book, Follow the Money: Radio Voices for Peace and Justice, selected, transcribed and edited by Riva Enteen.  The interviews, all during the Obama administration, are the writing on the wall that foreshadowed a Trump presidency.  Those who don't know history are destined to repeat it.

The interviews are grouped by theme: The New and Not so New Police State; The Class War; Domestic Dissent; Black Lives; Church, State, Women, and the Criminalization of Sexuality; Migration, Deportation, and US-Latino Culture; Global Militarization and Empire; Ongoing Bloodshed in the Holy Land; and There is No Plan(et) B.

Follow the Money has been described as an "encyclopedia of resistance," a "book of hope," which illustrates how "the nation is bursting with movements."  It is an invaluable resource for research as well as finding allies in the struggle.

Mohamed Shehk is the communications director at Critical Resistance, an organization that works to abolish the prison industrial complex.
Walter Riley grew up in segregated Durham, NC, the ninth of 11 children.  In high school, he joined the NAACP campaigns for jobs, voting rights, and desegregation.  He is an attorney in Oakland and works with Haiti Action Committee.
Gray Brechin is an historical geographer, a visiting scholar in the UC Berkeley Department of Geography, and founder and project scholar of the Living New Deal Project.
Riva Enteen, editor, was raised as a socialist and has been an activist since the 1960s.  She was Program Director of the National Lawyers Guild, Bay Area, for 12 years and was the chair of the first KPFA Local Station Board.
Event date:
Sunday, June 24, 2018 - 2:00pm to 3:15pm
Event address:
2430 Bancroft Way
Berkeley, CA 94704 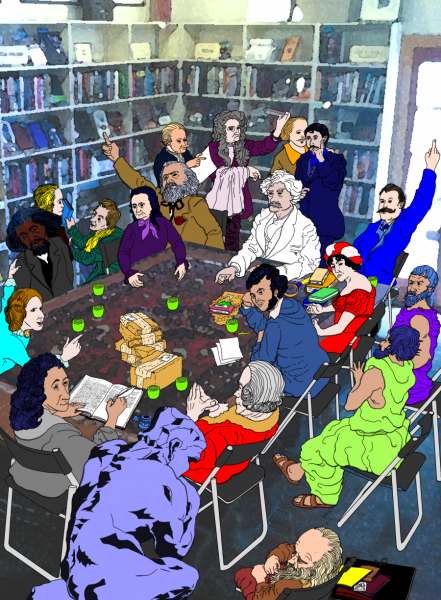