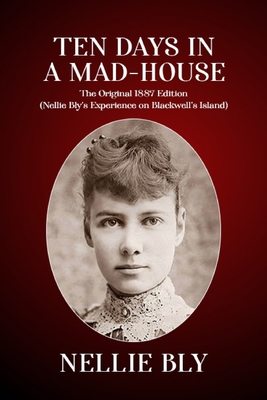 "She went undercover to expose an insane asylum's horrors. Now Nellie Bly is getting her due." ― Diane Bernard, The Washington Post "It is only after one is in trouble that one realizes how little sympathy and kindness there are in the world." Ten Days in a Mad-House is a book by American journalist Nellie Bly. It was initially published as a series of articles for the New York World; Bly later compiled the articles into a book, being published by Ian L. Munro in New York City in 1887. The book was based on articles written while Bly was on an undercover assignment for the New York World, feigning insanity at a women's boarding house, so as to be involuntarily committed to an insane asylum. She then investigated the reports of brutality and neglect at the Women's Lunatic Asylum on Blackwell's Island. The book received acclaim from critics at the time. Accumulation of her reportage and the release of her content brought her fame and led to a grand jury investigation and financial increase in the Department of Public Charities and Corrections. A True Classic that Belongs on Every Bookshelf