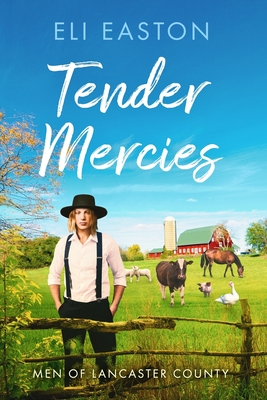 This is book number 2 in the Men of Lancaster County series.

Eddie Graber's dream of a sanctuary for rescued farm animals was about to come true when his partner backed out at the last minute. Now Eddie risks losing the twenty-five acre property in Lancaster County-and all the hopes he held for it-before the project even gets off the ground. He needs help, he needs money, but most importantly, he needs to rediscover the belief in a higher purpose that brought him here in the first place.Samuel Miller worked hard to fit into his Amish community despite his club foot. But when his father learns Samuel is gay, he is whipped and shunned. With just a few hundred dollars to his name, Samuel responds to an ad for a farmhand and finds himself employed by a city guy who has strange ideas about animals, no clue how to run his small farm, and a gentle heart.Samuel isn't the only lost soul to serendipitously find his way to Meadow Lake Farm. There's Fred and Ginger, two cows who'd been living in a garage, a gang of sheep, and a little black pig named Benedict who might be the key to life, love, money-and even a happily ever after for two castoffs.NOTE: This title is set in the same region as book #1 but features a new couple. It can be read as a stand-alone.