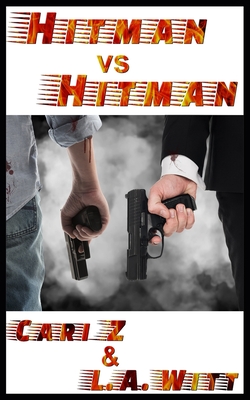 Ricardo Torralba and August Morrison don't agree on much besides the fact that they hate each other. According to Ricardo, August is a spoiled brat who really needs to knock off the sass once in a while. August insists that Ricardo needs a sense of humor, a good lay, or a well-placed bullet. Maybe all three. Fortunately, the assassin's profession is a solitary one, and they can go about their lives without getting in each other's way. Usually. When a contracted hit turns out to be a setup for both of them, they narrowly escape with their lives. Now, even if they don't like it (spoiler: they don't), August and Ricardo have to work together if they want a shot at survival. In between firefights and questionable interrogation methods as they hunt down their would-be killer, the cranky assassins discover that under all that mutual loathing is a spark of chemistry they can't ignore. They want to ignore it, they probably should ignore it, but August can't help flirting to annoy Ricardo, and Ricardo can think of at least one way to shut him up for a while. But they need to focus, damn it, and figure out who's gunning for them and why. Assuming they don't kill each other first. Hitman vs Hitman is a standalone gay romantic suspense featuring two men who'd rather chew glass than fall for each other, a whole lot of inappropriate comments, and some buttons that will need resewing.