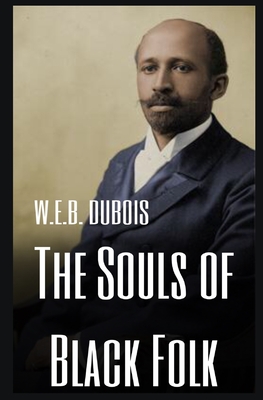 The Souls of Black Folk is a classic groundbreaking work of American literature first published in 1903. It is a seminal work in the field of sociology, and a cornerstone of African-American literary history. W. E. B. Du Bois (1868-1963) drew from his own experiences as an African-American living in American society. Through his collection of essays, he explores the concept of "double-consciousness", which he describes as a "sense of always looking at one's self through the eyes of others" as an African-American. Additionally, he eloquently affirms that it is beneath the dignity of a human being to beg for those rights that belong inherently to all mankind. He also charges that the strategy of accommodation to white supremacy advanced by Booker T. Washington, then the most influential black leader in America, would only serve to perpetuate black oppression.This is a timeless classic work that belongs on every bookshelf.

William Edward Burghardt Du Bois (1868-1963) was born in Great Barrington, Massachusetts. A sociologist, historian, poet, and writer of several novels, Du Bois was one of the main founders of the National Association for the Advancement of Colored People. He was a lifelong critic of American society and an advocate of black people against racial injustice. He spent his last years in Ghana, where he died in exile at the age of ninety-five. Ibram X. Kendi is the author of the New York Times bestseller How to Be an Antiracist; the #1 New York Times bestseller Stamped: Racism, Antiracism, and You (with Jason Reynolds); and the New York Times bestseller Stamped from the Beginning: The Definitive History of Racist Ideas in America, for which he became the youngest ever winner of the National Book Award for Nonfiction. A contributing writer at The Atlantic, and a professor of history and international relations and the founding director of the Antiracist Research and Policy Center at American University, he lives in Washington, DC.