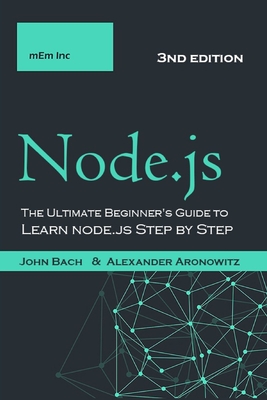 JavaScript's rising popularity has brought with it a lot of changes, and the face of web development today is dramatically different. The things that we can do on the web nowadays with JavaScript running on the server, as well as in the browser, were hard to imagine just several years ago, or were encapsulated within sandboxed environments like Flash or Java Applets.

As Wikipedia states: "Node.js is a packaged compilation of Google's V8 JavaScript engine, the libuv platform abstraction layer, and a core library, which is itself primarily written in JavaScript." Beyond that, it's worth noting that Ryan Dahl, the creator of Node.js, was aiming to create real-time websites with push capability, "inspired by applications like Gmail". In Node.js, he gave developers a tool for working in the non-blocking, event-driven I/O paradigm.

After over 20 years of stateless-web based on the stateless request-response paradigm, we finally have web applications with real-time, two-way connections.

In one sentence: Node.js shines in real-time web applications employing push technology over websockets. What is so revolutionary about that? Well, after over 20 years of stateless-web based on the stateless request-response paradigm, we finally have web applications with real-time, two-way connections, where both the client and server can initiate communication, allowing them to exchange data freely. This is in stark contrast to the typical web response paradigm, where the client always initiates communication. Additionally, it's all based on the open web stack (HTML, CSS and JS) running over the standard port 80.

One might argue that we've had this for years in the form of Flash and Java Applets-but in reality, those were just sandboxed environments using the web as a transport protocol to be delivered to the client. Plus, they were run in isolation and often operated over non-standard ports, which may have required extra permissions and such.