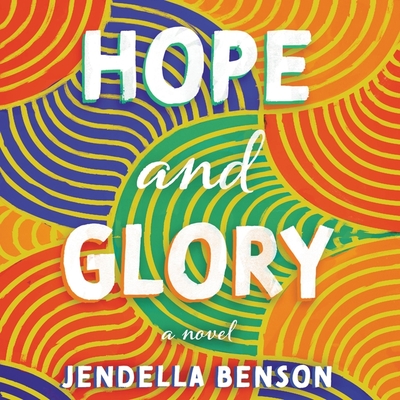 One of the year's most anticipated by Marie Claire, Essence, Debutiful, & Goodreads

Jendella Benson has drawn such a compelling world. The book and the characters stayed with me long after I'd turned the final pages --Candice Carty-Williams, bestselling author of Queenie

Glory Akindele returns to London from her seemingly glamorous life in LA to mourn the sudden death of her father, only to find her previously close family has fallen apart in her absence. Her brother, Victor, is in jail and won't speak to her because she didn't come home for his trial. Her older sister, Faith, once a busy career woman, appears to have lost her independence and ambition, and is instead channeling her energies into holding together a perfect suburban family. Worst of all, their mother, Celeste, is headed toward a breakdown after the death of her husband and the shame of her son's incarceration.

Rather than returning to America, Glory decides to stay and try to bring them all together again. It's a tall order given that Glory's life isn't exactly working out according to plan either, and she's acutely aware that she's not so sure who she is and what she wants.

A chance reunion with a man she'd known in her teens--the perceptive but elusive Julian--gives her the courage to start questioning why her respectable but obsessively private Nigerian immigrant family is the way it is. But then Glory's questioning unearths a massive secret that shatters the family's fragile peace--and she risks losing everyone she deeply cares about in her pursuit of the truth and a reunited family.

A sumptuous and satisfying meditation on family and the meaning of home.--Publishers Weekly