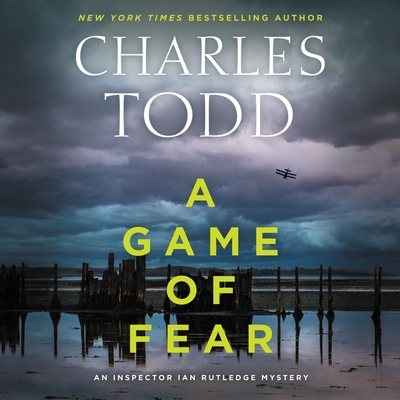 This is book number 24 in the Inspector Ian Rutledge Mysteries series.

In this newest installment of the acclaimed New York Times bestselling series, Scotland Yard's Ian Rutledge is faced with his most perplexing case yet: a murder with no body, and a killer who can only be a ghost.

Spring, 1921. Scotland Yard sends Inspector Ian Rutledge to the sea-battered village of Walmer on the coast of Essex, where amongst the salt flats and a military airfield lies Benton Abbey, a grand manor with a storied past. The lady of the house may prove his most bewildering witness yet. She claims she saw a violent murder--but there is no body, no blood. She also insists she recognized the killer: Captain Nelson. Only it could not have been Nelson because he died during the war.

Everyone in the village believes that Lady Benton's losses have turned her mind--she is, after all, a grieving widow and mother--but the woman Rutledge interviews is rational and self-possessed. And then there is Captain Nelson: what really happened to him in the war? The more Rutledge delves into this baffling case, the more suspicious tragedies he uncovers. The Abbey and the airfield hold their secrets tightly. Until Rutledge arrives, and a new trail of death follows...