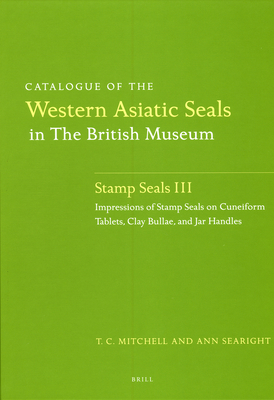 This volume publishes drawings of the impressions of stamp seals preserved on Babylonian and Assyrian cuneiform tablets, and other clay objects in the collections of The British Museum. The majority of these seals bears precise dates, ranging from the 9th to the 2nd centuries B.C.; represens the Neo-Assyrian, Neo-Babylonian, Achaemenian and Hellenistic periods; and are set out in chronological order so that the changes in seal design can be clearly seen. Among the images from the Hellenistic period are representations of zodiacal signs.
The volume also includes details of seal impressions on the handles of pottery jars from Palestine. Full bibliographical references to previous publications of the cuneiform texts are given, and the volume concludes with concordances and indices, including a pictorial index of all the seal images arranged typologically.