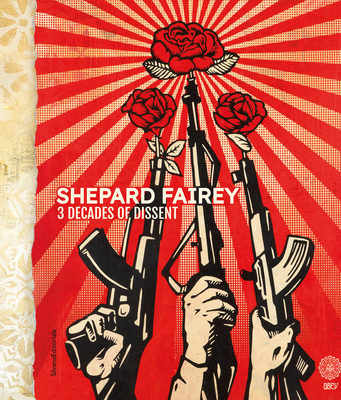 For the past 30 years, Shepard Fairey has been using art and graphic design as a means of social interrogation. Drawing from graffiti tradition, Fairey employs a distinctive combination of stylized imagery and impactful typography to address a wide range of social and political themes such as anti-violence, racial and gender equality, and environmental protection. Designed specifically for the Gallery of Modern Art in Rome, Italy, this collection presents 30 new works, also placing Fairey's body of work in conversation with the artist's own selections from the contemporary art collection at the Capitoline Superintendency. Through this careful curation, readers are able to appreciate Fairey's ability to hone in on imagery that is both topical and timeless, resulting in pieces that inform the public discourse as much as they are inspired by it.

Los Angeles-based artist Shepard Fairey (born 1970) is considered a protagonist of contemporary street art and street style alike. Many of his designs, such as his 1989 sticker campaign featuring an image of Andr the Giant and the text "OBEY" or his 2008 portrait of President Obama with the caption "HOPE," are instantly recognizable the world over.