Rights capabilities and well being in a theory of justice (Paperback) 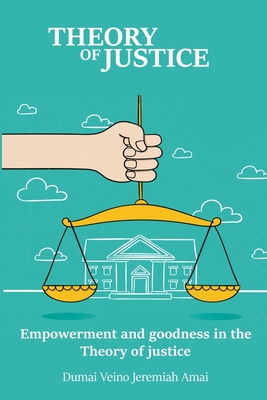 Philosophical discussion about moral concept and principles emerge in the Greek

society quite early. Among the few ancient Greek philosophers whose work continue

to remain popular to modern students of moral philosophy are Socrates, Plato and

Aristotle. No ancient moral philosopher is as popular as these three. Their views have

been rejected, criticised and modified by various thinkers along the way. However,

what they say, and also because of the relevance to our lives today.

both Plato and Aristotle. If there is justice, there will be well-being; and if there is

injustice, there will be absence of well-being. Justice for individual well-being is one

aspect of inquiry. But then as Aristotle says that man is a political animal, so human

individuals live in polis, city-state, and therefore there is also the quest for the wellbeing

of the society at large. Thus one finds discourses of justice at two levels - first,

justice; and second, at the individual level that each person must strive for. But not all

theories of justice undertake such a rather comprehensive approach. For example, the

principles for institutions to follow; the normative principle of justice that must apply

accomplish. This does not mean that Rawls denies the relevance of appropriating

justice in individual interactions. It is just that his concern and priorities are different.

In this chapter, the idea of justice advanced in the ancient Greek world will be

examined - particularly the views of Plato and Aristotle. The inquiry in this chapter

will recapitulate the age old ideas of justice as propounded and understood then. The

as they explore the idea of justice. As it will be explored in further detail later, this is.