Thought by Hand: The Architecture of Flores & Prats (Paperback) 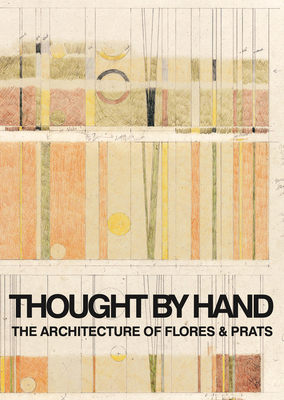 Argentinian architect Ricardo Flores (born 1965) and Spanish architect Eva Prats (born 1965) began their artistic partnership with the foundation of their studio in Barcelona in 1998. Since its conception, Flores & Prats has operated according to a design ethos that fuses craft with academia, approaching research and scholarship as a living practice that must result in the responsibility to make and to build. The studio has taken on a variety of projects with diverse functions in social housing, public spaces and university workshops. This volume compiles photography and analysis of Flores & Prats' best-known projects, such as the Museum of the Mills, Campus Microsoft Italia, and the New Theater Sala Beckett. Also included are examinations of the studio's experiments with portability, their use of film as a vehicle for architectural documentation and their recent menus of edible architecture created for special exhibitions in Barcelona and Copenhagen. Readers are guided through every stage of a single project's evolution from early sketches to detailed models to final construction. In addition to reproductions of such process material, Thought by Hand includes writing by a variety of artists influenced by Flores & Prats, including the Sala Beckett theater's director Toni Casares and renowned urban planner Manuel de Sol -Morales.