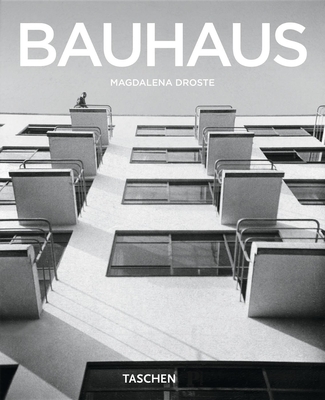 Functional beauty: the seminal modernist movement Founded in Weimar in 1919, the Bauhaus school developed a revolutionary approach that fused fine art with craftsmanship and engineering in everything from architecture to furniture, typography, and even theater. Originally headed by Walter Gropius, the Bauhaus counted among its members artists and architects such as Paul Klee, Lyonel Feininger, Wassily Kandinsky, L szl Moholy-Nagy, and Marcel Breuer. In 1930, Ludwig Mies van der Rohe took over as the leader, but soon after, in 1933, the Nazi government shut down the school. During its fourteen years of existence, Bauhaus managed to change the faces of art, architecture, and industrial design forever and is still hugely influential today. About the Series:
Each book in TASCHEN's Basic Architecture Series features: