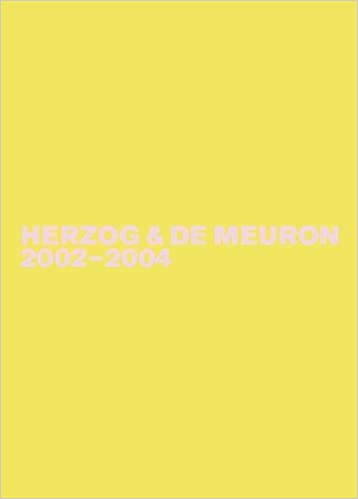 The long-awaited fifth volume on The Complete Works of Herzog & de Meuron presents the sixty projects completed between 2002 and 2004 with characteristic attention to detail. These include buildings that have already become contemporary architectural icons, such as the National Stadium in Beijing and the Elbphilharmonie in Hamburg, but also projects which, though never realized, have influenced the architectural discourse. These include the residential tower for the Schatzalp Hotel, which overlooks Davos and inspired a new generation of Alpine architecture.

In the period covered by this volume, urban planing was a major focus of Herzog & de Meuron's work. International acclaim fueled by booming construction led to numerous commissions in China (the Jindong New Development Area), and in Europe: master plans for Jerez de la Frontera in Spain, and the Olympic Games in London opened up entire urban regions to future development.