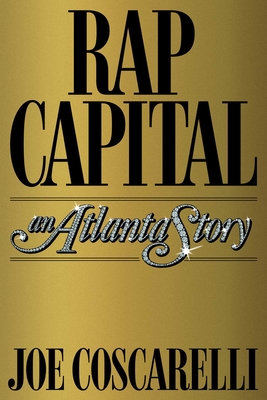 From mansions to trap houses, office buildings to strip clubs, Atlanta is defined by its rap music. But this flashy and fast-paced world is rarely seen below surface-level as a collection not of superheroes and villains, cartoons and caricatures, but of flawed and inspired individuals all trying to get a piece of what everyone else seems to have. In artistic, commercial, and human terms, Atlanta rap represents the most consequential musical ecosystem of this century so far. Rap Capital tells the dramatic stories of the people who make it tick, and the city that made them that way.

The lives of the artists driving the culture, from megastars like Lil Baby and Migos to lesser-known local strivers like Lil Reek and Marlo, represent the modern American dream but also an American nightmare, as young Black men and women wrestle generational curses, crippled school systems, incarceration, and racism on the way to an improbable destination atop art and commerce. Across Atlanta, rap dreams power countless overlapping economies, but they’re also a gamble, one that could make a poor man rich or a poor man poorer, land someone in jail or keep them out of it.

Drawing on years of reporting, more than a hundred interviews, dozens of hours in recording studios and on immersive ride-alongs, acclaimed New York Times reporter Joe Coscarelli weaves a cinematic tapestry of this singular American culture as it took over in the last decade, from the big names to the lesser-seen prospects, managers, grunt-workers, mothers, DJs, lawyers and dealers that are equally important to the industry. The result is a deeply human, era-defining book. Entertaining and profound, Rap Capital is an epic of art, money, race, class, and sometimes, salvation.

Joe Coscarelli is a culture reporter for The New York Times with a focus on music. His video series Diary of a Song pulls back the curtain on how hit songs and emerging artists are discovered, made, and marketed, emphasizing craft and colorful personalities, from Lil Nas X to Taylor Swift. He has also investigated the mysterious life and business of Britney Spears, sexual misconduct in the music industry, and the unexpected deaths of Prince and David Bowie. He previously worked at New York magazine and The Village Voice. Rap Capital is his first book.

"You either go hard or go home. Joe Coscarelli, a seasoned music journalist at The New York Times, has opted for the former. And the world of music criticism is better for it."--The New York Times

"Rap Capital offers a look at a music world in a time of uncertainty, taking vivid note of new avenues for old forms of exploitation."--The Atlantic

"This impassioned tribute to an overlooked pillar of music is spectacular."--Publishers Weekly, *starred review*

"Coscarelli’s study on trap music contributes an important volume to the cannon of musical journalism."--AJC

“You’ll be dining out on the book for a week. Telling all the incredible stories to your friends. Atlanta is hiding in plain sight, still most people don’t see it. But if you read Rap Capital, you will.” --Bob Lefsetz, Lefsetz Letter

"Coscarelli was embedded in the Atlanta scene for several years, making his "storytelling feel both historic and immediate as it places the reader right there with him. Fans of behind-the-music stories will be glued to the page."--Booklist

“Rap Capital is not only a vivid snapshot of the current seat of cultural power, but about capital itself: how wealth, or the lack of it, starves a community; how the lure of it shapes a culture; and who gets all that money in the end. Joe Coscarelli reports from rooms and spaces few journalists have entered, telling Atlanta’s stories deeply." —DAN CHARNAS, author of Dilla Time: The Life and Afterlife of J Dilla and The Big Payback: The History of the Business of Hip-Hop

“A great American underdog story, full of memorable characters and extraordinary plot twists. Coscarelli is a tireless reporter and a thoughtful guide—this book is required reading for anyone who has ever wondered how, exactly, Atlanta hip-hop took over the world.” —KELEFA SANNEH, author of Major Labels: A History of Popular Music in Seven Genres