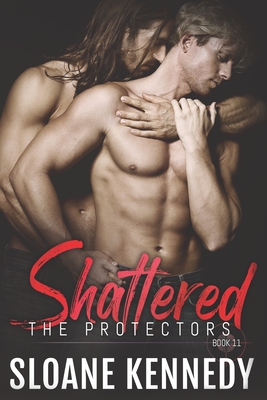 This is book number 11 in the Protectors series.

I failed Caleb once because I was a coward. And he ended up paying the price. Never again...Ten years of war and the loss of nearly his entire family have left thirty-four-year-old former sniper, Jace Christenson, with nothing to come home to. And he prefers it that way. Life consists of his work in an underground vigilante group, the near-constant search for the last remaining link to who he used to be, and a string of meaningless sexual encounters that serve only one purpose... to make it easier to not feel anything anymore.But when Jace gets the call that the young man he saved two years earlier has gone missing, he's forced to deal with the truth he's been trying to deny from the moment he laid eyes on Caleb Cortano.That the young man is so very much more than just the exception to all his rules...You know how if something shatters when it breaks, there's no way to find all the pieces to put it back like it once was? Maybe sometimes it's better not to even try...Nineteen-year-old Caleb Cortano has been barely hanging onto his sanity in the two years since the truth about his father's depravities came to light. A victim of the man's crimes himself, Caleb has only managed to find any semblance of peace when he's in the presence of the man who saved him once before.But when he finally comes to accept that Jace Christenson wants nothing to do with someone who's shattered beyond repair, Caleb finds another way to seek solace from the pain inside.As the fear of being reunited with the father he both fears and misses becomes more and more likely, desperation has Caleb doing something foolish that brings him face to face with the only man he's ever wanted... but who doesn't want him back.Caleb stays with me until we get some answers... just me...When Caleb's life is threatened, Jace refuses to walk away a second time. Even if protecting Caleb means he's risking his own heart, Jace isn't going anywhere. At least not until he can put some of the missing pieces of Caleb's life back together.But will Caleb be able to do the same for the equally broken Jace?Will two shattered men be able to find all the missing pieces to be who they were truly meant to, or is Caleb right? Some things just aren't worth trying to fix...