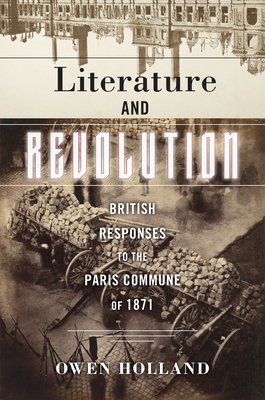 Between March and May 1871, the Parisian Communards fought for a revolutionary alternative to the status quo grounded in a vision of internationalism, radical democracy and economic justice for the working masses that cut across national borders. The eventual defeat and bloody suppression of the Commune resonated far beyond Paris. In Britain, the Commune provoked widespread and fierce condemnation, while its defenders constituted a small, but vocal, minority. The Commune evoked long-standing fears about the continental ‘spectre’ of revolution, not least because the Communards’ seizure of power represented an embryonic alternative to the bourgeois social order.

This book examines how a heterogeneous group of authors in Britain responded to the Commune. In doing so, it provides the first full-length critical study of the reception and representation of the Commune in Britain during the closing decades of the nineteenth century, showing how discussions of the Commune functioned as a screen to project hope and fear, serving as a warning for some and an example to others. Writers considered in the book include John Ruskin, Edward Bulwer-Lytton, Eliza Lynn Linton, Mary Elizabeth Braddon, Anne Thackeray Ritchie, Margaret Oliphant, George Gissing, Henry James, William Morris, Alfred Austin and H.G. Wells. As the book shows, many, but not all, of these writers responded to the Commune with literary strategies that sought to stabilize bourgeois subjectivity in the wake of the traumatic shock of a revolutionary event. The book extends critical understanding of the Commune’s cultural afterlives and explores the relationship between literature and revolution.

OWEN HOLLAND has taught nineteenth-century literature at Jesus College, Oxford and in the English Department at University College London. His first monograph, William Morris’s Utopianism: Propaganda, Politics and Prefiguration, was published in 2017, and he has also edited a selection of Morris’s political writings for Verso.

This superb book on the Commune's reception in late nineteenth-century Britain, which scrupulously and perceptively reconstructs the reactions of writers on both the Left and Right of the political spectrum, across a generous range of discursive forms, is a fine testament to Owen Holland's politically committed scholarship.
— Matthew Beaumont

This timely book explores the Paris Commune’s reverberations in Victorian literature, offering spirited readings of the many popular and canonical British writers who sought to contain (or revivify) it. The result is a fascinating meditation on literature and revolution which stands to make sizeable contributions to both our understanding of the Commune and late-nineteenth-century British literature and culture.
— J. Michelle Coghlan