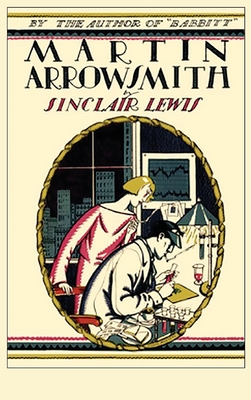 Arrowsmith is a novel by American author Sinclair Lewis, first published in 1925. It won the 1926 Pulitzer Prize (which Lewis declined). Lewis was greatly assisted in its preparation by science writer Paul de Kruif, who received 25% of the royalties on sales, although Lewis was listed as the sole author. Arrowsmith is an early major novel dealing with the culture of science. It was written in the period after the reforms of medical education flowing from the Flexner Report on Medical Education in the United States and Canada: A Report to the Carnegie Foundation for the Advancement of Teaching, 1910, which had called on medical schools in the United States to adhere to mainstream science in their teaching and research.

The book contains considerable social commentary on the state and prospects of medicine in the United States in the 1920s. Arrowsmith is a progressive, even something of a rebel, and often challenges the existing state of things when he finds it wanting.

This novel has been inspirational for several generations of pre-medical and medical students. There is much agonizing along the way concerning career and life decisions. While detailing Arrowsmith's pursuit of the noble ideals of medical research for the benefit of mankind and of selfless devotion to the care of patients, Lewis throws many less noble temptations and self-deceptions in Arrowsmith's path. The attractions of financial security, recognition, even wealth and power distract Arrowsmith from his original plan to follow in the footsteps of his first mentor, Max Gottlieb, a brilliant but abrasive bacteriologist.