Treason By Lies, Deceit and Fraud: The International Banking and Legal Conspiracy Against America (Hardcover) 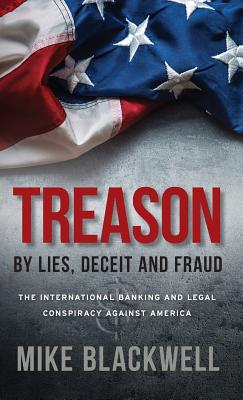 The U.S. Congress has been assembling unlawfully since 1861. That's right Since 1861, martial (military) law has prevailed in the United States.

Since then, international bankers and members of the bar association have conspired to take control of America. In Treason By Lies, Deceit and Fraud, Mike Blackwell states

The original government formed by our founding fathers was unincorporated. Why is it incorporated now? Does this matter? Absolutely

Learn how the American people lost their freedom and how they can regain it again.