All The Way Out (Paperback) 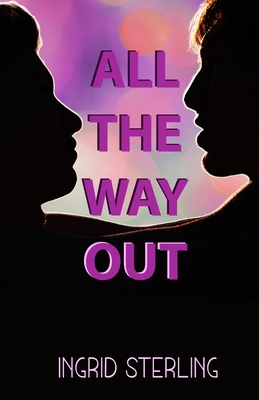 Even at that young age Zach knew that those two truths - all-star athlete and homosexual male - could not exist concurrently. So, he'd started dating Rebecca, his devoutly Catholic girlfriend who wants to wait to have sex until she's married, during his junior year of high school and never looked back.

But on the last night of a team trip to Rome, on the cusp of his senior season at Northwestern University, a Heisman, a number 1 draft pick and a National Championship, Zach seeks out one last anonymous encounter. He opens Grindr and slips out into the Italian summer night to meet Liam - Liam who has a face that looks like it was carved from Carrara marble by one of the ancient greats and whose brazen facade becomes sheepish when he's asked about his past in Paris. The night is intense, better than Zach could have imagined. But like all one-night stands, it comes to an end by morning's light.

But what happens to Zach's carefully manicured plans for a professional football career and a life in the closet when Liam shows up, not only on the Northwestern campus the first day of the fall semester, but in Zach's upper-level Plato seminar, too?