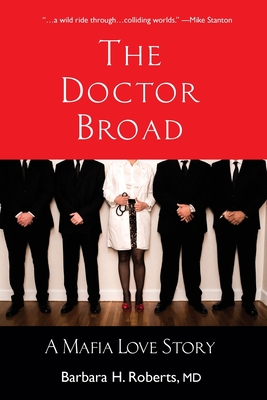 For decades starting in the 1950s, Raymond Patriarca ran the New England Mafia out of a storefront in Providence, Rhode Island. By 1980 he was seventy-two years old, and suffering from diabetes and heart disease. One night in December of that year his life intersected with that of Dr. Barbara Roberts, a thirty-six-year old single mother of three, who was the first female cardiologist to practice in Rhode Island. Asked by Raymond's family to check on him after he was arrested on capital charges, Barbara--a naive Alice in Wonderland--entered a looking-glass world populated by pitfalls, moral ambiguities and dangers for which her devout upbringing had not prepared her. How did a former Catholic schoolgirl from a working-class family become the physician and defender of one Mafioso, and the mistress of another? How did her children handle these scandalous associations and the resulting hostile publicity--and what were the reactions of their fathers?

Expanding on the story first told in the popular Crimetown podcast, this memoir is a tale of motherhood, political activism, controversy, heartbreak and survival; it traces one woman's trajectory against the backdrop of America's 20th century upheavals.