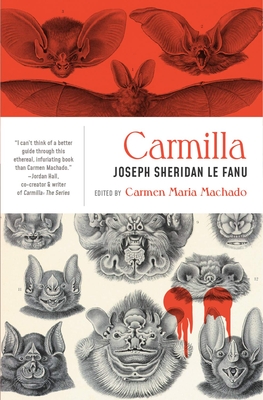 Isolated in a remote mansion in a central European forest, Laura longs for companionship - until a carriage accident brings another young woman into her life: the secretive and sometimes erratic Carmilla. As Carmilla's actions become more puzzling and volatile, Laura develops bizarre symptoms, and as her health goes into decline, Laura and her father discover something monstrous.

Joseph Sheridan Le Fanu's compelling tale of a young woman's seduction by a female vampire was a source of influence for Bram Stoker's Dracula, which it predates by over a quarter century. Carmilla was originally serialized from 1871 to 1872 and went on to inspire adaptations in film, opera, and beyond, including the cult classic web series by the same name.