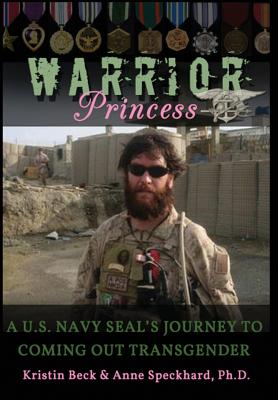 Chris Beck played high school football. He bought a motorcycle, much to his mother's dismay, at age 17. He grew up to become a U.S. Navy SEAL, serving our country for twenty years on thirteen deployments, including seven combat deployments, and ultimately earned a Purple Heart and the Bronze Star. To everyone who saw him, he was a hero. A warrior. A man. But underneath his burly beard, Chris had a secret, one that had been buried deep inside his heart since he was a little boy-one as hidden as the panty hose in the back of his drawer. He was transgender, and the woman inside needed to get out. This is the journey of a girl in a man's body and her road to self-actualization as a woman amidst the PTSD of war, family rejection and our society's strict gender rules and perceptions. It is about a fight to be free inside one's own body, a fight that requires the strength of a Warrior Princess. Kristin's story of boy to woman explores the tangled emotions of the transgender experience and opens up a new dialogue about being male or female: Is gender merely between your legs or is it something much bigger?