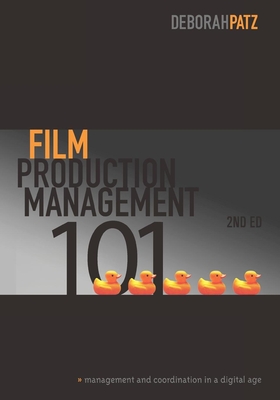 Film Production Management 101 and Patz' previous Surviving Production were quickly adopted as "the" essential road map to the business and logistics of on-the-job film & television production since 1997. Originally developed from practical tools Patz created for her film and television production career, this new edition has undergone a comprehensive update to address the shifting balance between digital and film technologies and to pave the way as we progress further into the digital age. The book includes everything from budgeting, to managing the production office, to script revisions, to cost reporting, to copyright, to publicity, and much, much more. With Patz' penchant for sharing knowledge and her knack for communicating concepts, Film Production Management 101 continues to be the book you have to have open on your desk for every prep, shoot, and wrap day. The more than 50 useful forms and checklists which are included (and downloadable) will save you time, money, and headaches, working like a pro right from day one.

Deborah S. Patz has been a filmmaker on award-winning productions since the mid-1980s, primarily as a production manager and coordinator, and then as production executive. She has worked with Lucasfilm, IMAX, MCA/Universal, Alliance/Atlantis, Nelvana, BBC, CBC, the Disney Channel, and the list goes on. A peek at her filmography includes L5: First City in Space, Mission to MIR, William Shatner's TekWar, Alfred Hitchcock Presents, Ewoks & Droids, Maniac Mansion, The Magician's House, and The Big Comfy Couch, to name a few. Her first book, Surviving Production (on coordination) was published by MWP in 1997, and was then incorporated into this, her second book, which was published in 2002 and remains on sale around the world.