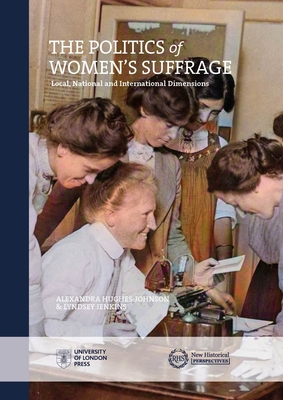 A history of the early twentieth-century movement for women’s suffrage in the United Kingdom and the Commonwealth.

In the United Kingdom, the question of women’s suffrage represented the most substantial challenge to the constitution since 1832, seeking not only to expand but to redefine definitions of citizenship and power. At the same time, it was inseparable from other urgent contemporary political debates—the Irish question, the decline of the British Empire, the Great War, and the increasing demand for workers’ rights.

This collection positions women’s suffrage as central to, rather than separate from, these broader political discussions, demonstrating how they intersected and were mutually constitutive. In particular, this collection pays close attention to the issues of class and Empire which shaped this era. It demonstrates how campaigns for women’s rights were consciously and unconsciously played out, impacting attitudes to motherhood, spurring the radical “birth-strike” movement, and burgeoning communist sympathies in working-class communities around Britain and beyond.

Alexandra Hughes-Johnson is a historian of nineteenth- and twentieth-century Britain. She is the research coordinator for the Women in the Humanities research program and knowledge exchange research fellow at the University of Oxford.

Lyndsey Jenkins is a historian of nineteenth- and twentieth-century Britain at the University of Oxford.