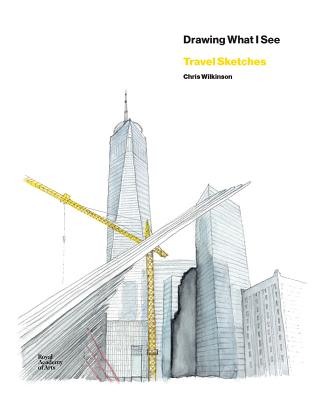 Celebrated British architect Chris Wilkinson (born 1945) and his practice WilkinsonEyre have developed some of Britain's most iconic architectural projects: the Gasholders at King's Cross, the redevelopment of Battersea Power Station and the Gateshead Millennium Bridge in northern England. He is also well known for his work in Toronto's CIBC Square. But travel is also an important part of Wilkinson's life and work, taking him as far afield as the West Indies, Russia, Egypt, Australia and Japan. Wherever he goes, he finds an hour or two to sit and sketch.

In this appealing publication, Wilkinson presents the best of his travel sketchbooks, with his views of inspirational buildings and urban skyscapes. From the medieval Tuscan town of Lucca to ancient Egyptian architecture, the Sydney Opera House and the skylines of London, Tokyo and New York, Wilkinson introduces each sketch in this volume and ruminates on his work, his travels and the cities and buildings that have most inspired him.