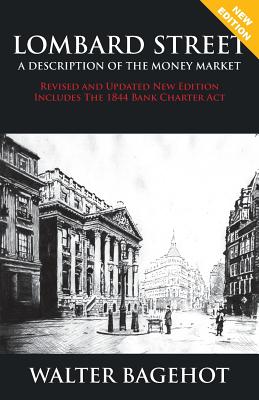 A financial classic, Lombard Street continues to be widely read by those with a professional interest in the finance and banking industry'--more than a century after its first publication in 1873.

Lombard's author, Walter Bagehot (1826 - 1877), was one of the most influential journalists of the mid-Victorian period and wrote extensively about literature, government and economic affairs. Bagehot was an economist, political analyst and editor-in-chief of The Economist. Among his voluminous writings, his most reputable offerings are the two books, The English Constitution and this publication, Lombard Street.

Lombard Street: A Description of the Money Market, started life in 1858 as a series of articles that Bagehot wrote for The Economist. It was rewritten twice and revised with extensive labor and care before finally being published in 1873. Lombard Street is thus a departure into economic and financial studies, applying keen observation and analysis of the business of banking. Bagehot dissected the Bank of England's foundations, economic incentives, goals, and functions. It might perhaps not be too much to say that the theory of a one-reserve system of banking, and how to work it, originated in Lombard Street and the articles that were its foundation. Subsequently, the constitutions of most national Central Banks were reinvented and forever changed as a consequence. The U.S. Federal Reserve and the International Monetary Fund (IMF) have since been influenced by the enduring independent thought and extraordinary clarity provided by Bagehot in this famous book.

This new edition has been completely re-typeset, correcting many editorial issues inherent within the original print. Additionally, we have also included the 1844 Bank Charter as it was in-acted at the time, referred to in the text as "Peel's Act" and at times, "Act of 1844", as we feel this may be of some benefit to the reader.