Brexit, Trump and the Media (Paperback) 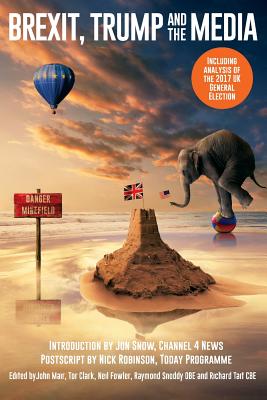 They were the two volcanic surprises in world politics in 2016 - Brexit, the UK vote to leave the European Union in June, and the election of Donald Trump as the 45th President of the United States in November. Neither was predicted by the polls, neither pleased the establishment in both countries. Both will have long-term ramifications, good and bad, for decades to come.

But what role did the media on both sides of the Atlantic play as midwives to these 'populist' revolts? Was it wary enough? Did the media, in all its various forms, act as watchdog or lapdog? With the 2017 UK General Election results fresh in our minds, this is a timely and cogent analysis of how we arrived at where we are.

This book - the 20th in the acclaimed Abramis 'hackademic' series (mixing academics and journalists between the same covers) attempts to answer those big questions and more.

The contributors include some of journalism and academia's most distinguished names, from the introduction by Channel 4's Jon Snow through to the postscript by the BBC's Nick Robinson.