The Protestant Ethic and the Spirit of Capitalism: The Complete Text - Inclusive of Notes (Paperback) 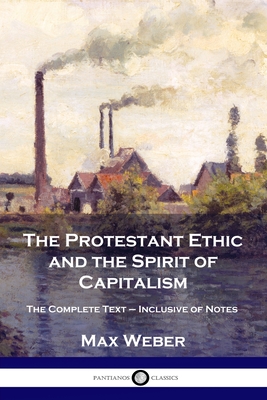 Max Weber's celebrated thesis, which explores the relationship between Protestant work ethic and the emergence of capitalist enterprise, is presented here inclusive of his lengthy notes.

In coining the phrase 'Protestant work ethic', Weber demonstrates a series of parallels between certain Protestant denominations and the modern business. The veneration of hard work, discipline, and carefulness with money birthed a culture that led over generations to the establishment of capitalism; with enough workers sharing in these beliefs, entrepreneurs were able to create large businesses that could consistently deliver a profit.

Using examples such as Martin Luther and Calvinist doctrines, Weber demonstrates how ideas of the virtues of diligence were placed parallel with God and morality. By working hard, every man was contributing to a better world and society, in the name of the Lord. However, Weber asserts that over time the religious connotations behind capitalist enterprise largely disappeared; the famous writings of Benjamin Franklin are cited as example, whereby notions of diligence were expressed eloquently but no longer cited God and holy virtue.

Though controversial, Weber's work remains much-consulted by sociologists. The notion that Protestantism contributed to or accelerated the development of capitalism is popular in the modern day.