The Philosopher Queens: The Lives and Legacies of Philosophy's Unsung Women (Paperback) 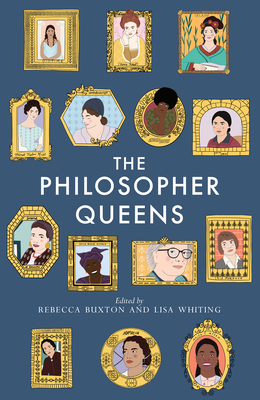 Where are the women philosophers? The answer is right here.

The history of philosophy has not done women justice: you've probably heard the names Plato, Kant, Nietzsche and Locke - but what about Hypatia, Arendt, Oluwole and Young?

The Philosopher Queens is a long-awaited book about the lives and works of women in philosophy by women in philosophy. This collection brings to centre stage twenty prominent women whose ideas have had a profound - but for the most part uncredited - impact on the world.

You'll learn about Ban Zhao, the first woman historian in ancient Chinese history; Angela Davis, perhaps the most iconic symbol of the American Black Power Movement; Azizah Y. al-Hibri, known for examining the intersection of Islamic law and gender equality; and many more.

For anyone who has wondered where the women philosophers are, or anyone curious about the history of ideas - it's time to meet the philosopher queens.

Rebecca Buxton is is a graduate student at the University of Oxford, working on political philosophy and forced migration. Her research looks at the civil and political rights of refugees and migrants in particular. Rebecca completed her BA in philosophy at King's College London and her MSc in Refugee and Forced Migration Studies at the University of Oxford. Lisa Whiting is a policy professional specialising in areas concerning practical ethics. She currently works for the Centre for Data Ethics and Innovation. Alongside working, she studies Government, Policy and Politics at Birkbeck, University of London.