The End of America (Hardcover) 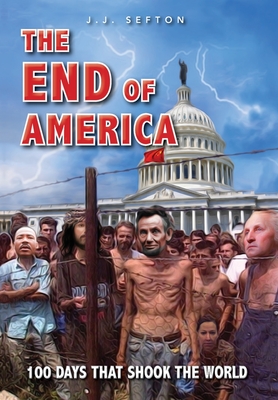 The epic tragedy we are living through is no accident. It is the culmination of the Left's 100-year campaign of political and cultural subversion. And as The End of America: 100 Days That Shook the World makes clear, in its concluding act, touched off by the George Floyd riots, that campaign has been abetted by a broad array of Establishment forces. The brazenly criminal Democratic Party. Republicans who are their match in craven fecklessness. A cowardly judiciary. Corporate titans who embrace "social justice" but scarcely pay lip service to capitalism. A traditional media unapologetically aligned with, (and increasingly composed of) the ideological and cultural vandals of the Left. The social media enforcers, viciously punitive of those out of step with the approved narrative, who are to be mocked, vilified, censored and even incarcerated.

In this remarkable book, J.J. Sefton captures it all, in real time, day by day. Even as he regards the unfolding events with all the alarm and outrage so many of us felt, he also brings to the task great perspective and, yes, even wry gallows humor. Above all, he makes sense of it.

Like other vivid, first-person accounts of gruesome history-in-the-making - Madame de Stael's Considerations on the Principal Events of the French Revolution, John Reed's account of the 1917 Bolshevik seizure of power, William L. Shirer on the rise of the Nazis - J.J. Sefton's The End of America: 100 Days That Shook the World will be read by our grandchildren as a great cautionary tale about the fragility of our Republic, and the great evil of which human beings are capable. That is, if they - and we - are lucky.