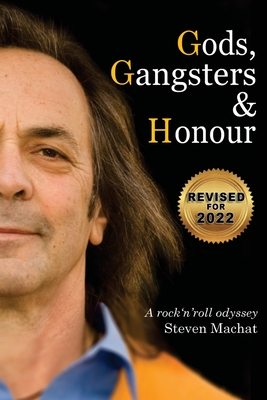 From Frank Sinatra to Michael Jackson, an insider's account of the deals and the dodges inside the music and entertainment business over the last 30 years

As the son of the legendary showbiz lawyer Marty Machat, Steven Machat grew up among such names as Frank Sinatra, James Brown, Frankie Valli, and Sam Cooke. Following in his father's footsteps, by the time he was in his late 20s he was proud to see his name alongside his father's on the brass plaque outside their Broadway offices. But there was a price--Steven discovered from a young age that the glitter and the glamour too often disguises a crude and cruel reality, and that those who are publicly perceived as gods can just as easily be seen as gangsters. He found himself wondering how to live with such contradictions, and whether it is possible to maintain any sense of honor inside such a world. This beautifully constructed memoir of a life inside a fascinating world of celebrity includes appearances by Frank Sinatra, Leonard Cohen, Freddie Mercury, Michael Jackson, David Copperfield, Sharon Osbourne, George Bush, Phil Collins, Suge Knight, Tupac, Biggie, Gianni Versace, Phil Spector, Joan Collins, Donny Osmond, Bobby Brown, and many more.