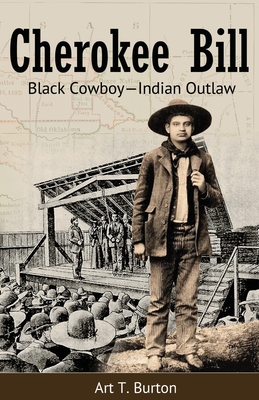 Once upon a time in the late nineteenth century, there was an outlaw that captured the imagination of the American public like no other. He can be compared to John Dillinger or Pretty Boy Floyd of the 1930s. Like both of these men, he garnered national press for his exploits; the well-known New York Times had a running commentary on his actions and deeds. This outlaw's name was Crawford Goldsby, better known as Cherokee Bill.

Cherokee Bill was every bit as colorful and outrageous as any criminal of the western frontier, perhaps even more so. There were a few things about him that made him truly unique for a famous desperado of the purple sage. First and foremost, he was an African American living in the Indian Territory. He was also Native American, Bill was a citizen of the Cherokee Nation, as a freedman, from his mother's lineage.

Compare Cherokee Bill to Billy the Kid, (Billy Antrim), of New Mexico Territory fame. Although both outlaws received national media attention for their crimes while they were living, Billy the Kid was remembered and immortalized in books and films in the twentieth century; this did not occur for Cherokee Bill. Art Burton's newest book will help change that.