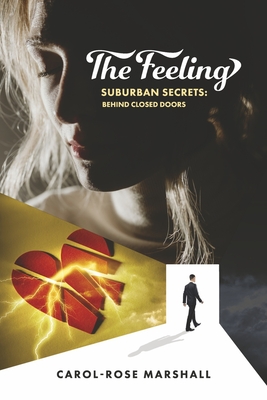 "The Feeling" is a unique work of non-fiction representing the exposure of a secretive narrative that has been waiting in the wings for 30 years. It tells the story of Rachel and Michael Sanders, a couple living a suburban New York lifestyle in the 70's, appearing to be "The Brady bunch," but behind closed doors is anything but that.

Michael's remorseless cheating interludes are linked to his unceasing anger and volatile moods. Rachel unlocks her husband's illicit affair, but her prime concern is to guard this secret, as she presumes, it is HER humiliation. It was a time when women's voices were hushed. Her spot-on "Pearl Harbor" attack directed to his mistress is boldly manipulative.

Elements intriguing the reader are not limited to anger turning to rage, fear, deceitful cheating, sex, family, manipulation, and losses. What has the appearance of a normal family to others, is in no way the case.

The story is an in-depth exploration of how feelings, simple or complex, acted upon or not, can change life's outcome for a family.

"The Feeling" is not your usual story of, "Boy meets girl, girl marries boy, boy cheats on girl," and so forth. The odd behavioral pattern in Michael's personality constructs a narrative not to be confused with ordinary. In addition, Rachel's all-important feelings mature and ultimately reach an explosive point. This is the true study of Rachel's ability to progress in life. It is feelings that promote actions, and actions that have consequences. Primarily, it is the unspoken feeling, the one that clearly tells you deep down, that all is not well that prompted the title.

The author, Carol-Rose Marshall was born and raised in Brooklyn, New York. She attended Erasmus Hall High School and Brooklyn College. After her marriage, she relocated to the suburbs of Long Island, raising her family there.

Ultimately, her career achieved a tenure of 30 years as the "Executive Administrative Coordinator" to the CEO-COO of multiple major corporations. This position required communication skills, effective management, multi-tasking, and a variation of people skills while touching many diverse walks of life. She is now retired.

Over the years, she dabbled in poems and stories for her family and friends. Finally, in retirement, she had the time to pursue her love of writing and completed an 800-page multi-generational family biography. However, she meticulously skimmed over disturbing events, as though they never happened. Finally, it was time to unleash the burden of a dark time, shrouded in the annals of her mind. The unveiling of same was evoked in a non-fiction work called "The Feeling." She had a story to tell, a journey that occurred, and finally divulged secrets protected for over 30 years.