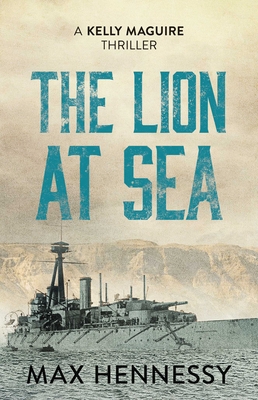 By Max Hennessy
$11.99
Unavailable
Not Yet Published

A young recruit, a legendary battle, a cataclysmic war, a baptism by fire—The Lion at Sea explores the experiences of Royal Navy officer Kelly Maguire during World War I.

Confident and strong willed, Kelly Maguire knew from a young age that he could accomplish great things. A constant and abiding love of the ocean would prove to be the making of him. And when the call of war is heard in the early 1910s, Kelly knows that he must answer it. Enlisting in the Royal Navy, he hopes to win personal glory. From World War I's barbarous battles of Gallipoli to the nightmarish action at Antwerp, Kelly, along with his shipmates, begins to learn the trials a sailor must face. As the epic battle of Jutland approaches, everything is at stake.

Max Hennessy was the pen-name of John Harris. He had a wide variety of jobs from sailor to cartoonist and became a highly inventive, versatile writer. In addition to crime fiction, Hennessy was a master of the war novel and drew heavily on his experiences in both the navy and air force, serving in the Second World War. His novels reflect the reality of war mixed with a heavy dose of conflict and adventure.