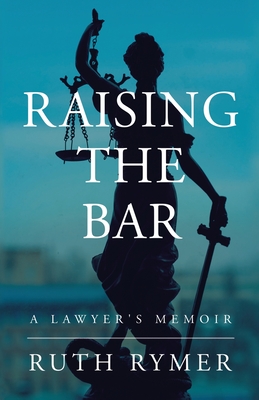 As a young teenager, Ruth Rymer decided she wanted to be a lawyer because "lawyers get to walk around the courtroom and ask the questions."

On her fortieth birthday as a newly minted attorney, Ruth Rymer made a decision to root out misogyny in her professional life. Her law career included establishing family law as a certified specialty in California, leading the way to making family law a more respectable practice for attorneys. In 1996, Rymer was awarded a PhD for her study of divorce and the fight of women for their "lives, safety, sanity, and status."

From the "child in residence" she once was to the women's rights champion she is today, Ruth Rymer has come a long way. Raising the Bar: A Lawyer's Memoir uplifts with the courage and persistence it took to be a pioneer advocate for women in the second half of the twentieth century.

Ruth Rymer passed the bar in 1971 and has remained fascinated with women's rights ever since. While practicing family law, she was elected President of both Queen's Bench in the Bay Area and the NorCal Chapter of the American Academy of Matrimonial Lawyers. Ruth also chaired the Family Law Commission for the California Board of Legal Specialization. The Best Lawyers in America has listed Ruth Rymer seven times.

Ruth has two grown children and has survived the loss of a child. She lives in northern California. Raising the Bar: A Lawyer's Memoir is her third book.