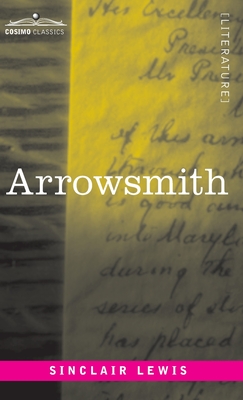 "It is one of the major tragedies that nothing is more discomforting than the hearty affection of the Old Friends who never were friends."

Arrowsmith (1926) is among Sinclair Lewis's early novels. Even so, it is usually considered one of his major works, because it was the first "scientific" novel. Inspired to write it by major reforms in the field of medical education at the time, Lewis explored the culture of science by telling the story of Martin Arrowsmith, a brilliant doctor and scientist who wants to conquer the plague virus. To ensure its authenticity, Lewis sought out the help of a science writer, and the book was so highly regarded that it was awarded a Pulitzer Prize (which Lewis declined).