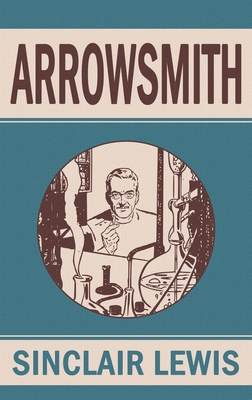 Winner of the 1926 Pulitzer Prize, Arrowsmith by American author Sinclair Lewis is known to be one of the first novels on the culture of science, using both satire and tragedy to explore medical and scientific themes. In this novel, Lewis writes sharp social criticism, wicked humor, and the vain reality of drugs, public health, and immunology-and those who strive for fame and fortune within this world. Arrowsmith is the story of Martin Arrowsmith, a medical student at the University of Winnemac, who falls in love with both a woman and with science. As he meets his mentor, German professor and science researcher Max Gottlieb, he also meets his wife Leora Tozer, a nurse. When Arrowsmith graduates from university, however, he is forced to abandon his love of science in order to support his family. As he jumps from occupation to occupation, getting twisted up in political affairs as well as romantic affairs, Arrowsmith is finally recognized by Gottlieb for a scientific paper he has written and is offered a job at a research institution in New York. But when Arrowsmith discovers a phage that can help save a Caribbean Island from an outbreak of bubonic plague, Arrowsmith finds himself with a decision to make: take the phage and study it in order to further science, or abandon his scientific values to save the island. With tragic romances, philosophic debate, and the morality of human flaws, Lewis' Arrowsmith is a timeless novel that remains relevant to society today.