Life Inside the Bubble: Why a Top-Ranked Secret Service Agent Walked Away from It All (Hardcover) 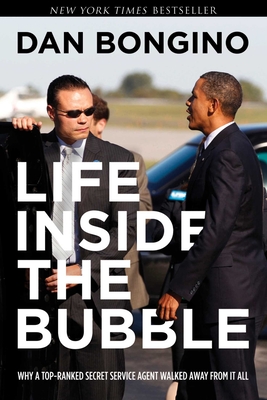 Why would a successful, twelve-year Secret Service agent resign his position in the prime of his career to run for political office against all the odds? How does the Washington DC “Bubble”—a haze of lobbyists, cronyists, staff, acolytes, consultants, and bureaucrats—surrounding the President distort his view of the world?

Take the journey with Dan Bongino from the tough streets of New York City where he was raised, and later patrolled as a member of the NYPD, to the White House as a member of the elite Presidential Protective Division, through his ultimate decision to resign from the Secret Service in the prime of his career to run for the United States Senate against the feared Maryland Democratic machine. Follow his experiences inside the Washington DC “Bubble” and uncover why a government that includes the incredibly dedicated people he encountered while within it continues to make tragic mistakes.

“A rare peak inside the DC ‘Bubble’ which should be a wake-up call to every American.” —Sean Hannity

Dan Bongino is a former Secret Service agent, NYPD Police Officer, and a former Republican nominee for the U.S. Senate and the House. He is a multiple-time New York Times bestselling author and he is the host of the top-ranked podcast The Dan Bongino Show.