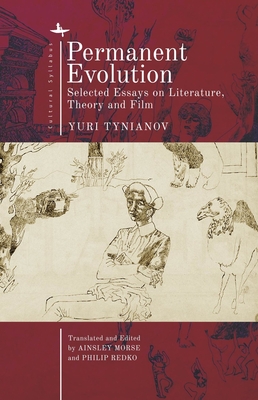 Yuri Tynianov was a key figure of Russian Formalism, an intellectual movement in early 20th century Russia that also included Viktor Shklovsky and Roman Jakobson. Tynianov developed a groundbreaking conceptualization of literature as a system within--and in constant interaction with--other cultural and social systems. His essays on Russian literary classics, like Pushkin's Eugene Onegin and works by Dostoevsky and Gogol, as well as on the emerging art form of filmmaking, provide insight into the ways art and literature evolve and adapt new forms of expression. Although Tynianov was first a scholar of Russian literature, his ideas transcend the boundaries of any one genre or national tradition. Permanent Evolution gathers together for the first time Tynianov's seminal articles on literary theory and film, including several articles never before translated into English.

Yuri Tynianov (1894-1943) was a Russian writer and literary theorist, and a central figure among the revolutionary-era scholars who came to be known as the Russian Formalists. Ainsley Morse is a literary translator and an assistant professor in the Russian Department at Dartmouth College. Her scholarly work is focused on literature of the twentieth century, particularly the Soviet period. She has translated poetry, prose and scholarly works from Russian and the languages of the former Yugoslavia.Philip Redko is a translator, editor, and teacher. He holds a PhD in Slavic Languages and Literatures from Harvard and lives in Cambridge, Massachusetts.