A Century of War: Anglo-American Oil Politics and the New World Order (Paperback) 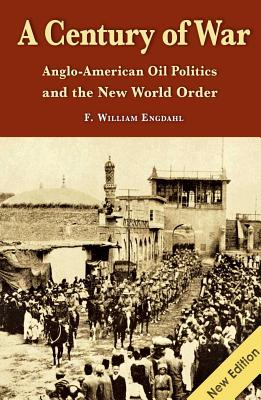 "Control the oil and you control entire nations," said Kissinger. Oil is an instrument of world domination in the grip of the Anglo-American empire.

This is a story about power, power over entire nations and continents. Century of War is a gripping account of the murky world of the international oil industry and its role in world politics. Scandals about oil are familiar to most of us. From George W. Bush's election victory to the wars in Iraq and Afghanistan, US politics and oil enjoy a controversially close relationship. William Engdahl takes the reader through a history of the oil industry's grip on the world economy. His revelations are startling.

A thin red line runs through modern world history, covered in oil and blood. This book is not for the faint of heart, but for those who can see beyond the daily media manipulation of reality that is called news.