Uncle Sam's Plantation: How Big Government Enslaves America's Poor and What We Can Do about It (Paperback) 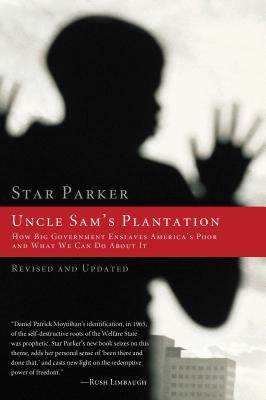 Uncle Sam's Plantation is an incisive look at how government manipulates, controls, and ultimately devastates the lives of the poor--and what Americans must do to stop it. Once a hustler and welfare addict who was chewed up and spit out by the ruthless welfare system, Star Parker sheds much needed light on the bungled bureaucratic attempts to end poverty and reveals the insidious deceptions perpetrated by self-serving politicians.

"Star Parker rocks the world. She is an iconoclast that must be listened to and reckoned with." ?Sean Hannity

"Star Parker's important new book helps advance the understanding--critical for all Americans--that prosperity does not come from government and politics but results from men and women of character and high moral fiber living and working in freedom." ?Larry Kudlow