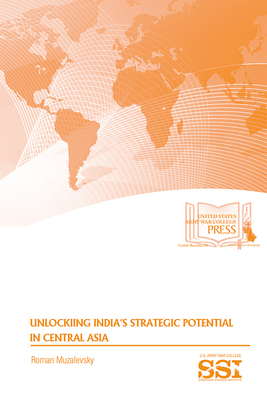 India’s impressive economic growth over the last two and a half decades has brought India’s role and interests to the forefront of global politics and statecraft. Importantly, it has put India into a comparative perspective with China, another aspiring Asian great power poised to stiffen competition for resources and influence worldwide. Both are resource-hungry and rapidly emerging powers seeking a new place and role in the global and regional orders. Both are also strategic rivals and consider their immediate neighborhood of Central Asia of growing strategic importance to their grand strategies. For now, China has outperformed India in Central Asia on all counts, securing the region as a key resource base and platform for power projection. India launched the “Connect Central Asia” policy in 2012 to shore up its presence, but the policy has not yet secured for it even a remotely comparable stake in the region due to aspects of India’s strategic culture and geopolitical constraints. Meanwhile, the U.S. strategic presence in the region leaves much to be desired. The United States is withdrawing from Afghanistan without major political or military gains from the conflict that has cost it and its partners a fortune in lives and money. The future of its military infrastructure and relationships with countries in Central-South Asia is a big unknown, with regional partners equating the U.S. military pullout with its waning commitment to support the regional economic and security order. To help unlock their strategic potentials, Delhi and Washington should join forces and cultivate a strategic partnership that makes Central Asia its major pillar. Until then, neither Delhi, nor Washington is likely to succeed.


AUDIENCE: This insightful policy guide may be valued by international relations professionals and policymakers working on issues ranging from U.S. and Indian policy in Central-South Asia to U.-S Indian, Sinio-Indian, and Indo-Pakistani relations.Students undertaking research for writing essays on international affairs pertaining to the relationship between India, China, the United States, and the Central Asian region may be interested in this perspective.

ABOUT THE AUTHOR
ROMAN MUZALEVSKY works for iJet International Inc., performing research, reporting, and analyzing global, regional and national security affairs, risks, and trends, as well as providing incident response and crises management services. He is also a Contributing Analyst on Eurasian Affairs and Security at James­town Foundation. Previously, he worked for CSM Solutions Inc., National Democratic Institute, Department for International Development Public Finance Reform Project, Central Asia-Caucasus Institute, se­curity consultancy Wikistrat, and global strategy ad­visory consultancy Krull Corp. in the United States and Central Asia. He conducted research on security issues in the post-Soviet space at the Center for Politi­cal and Military Analysis at Hudson Institute as part of the George F. Jewett Foundation Fellowship Award for Projects on the Study and Practice of Grand Strate­gies. Mr. Muzalevsky has authored at least 100 articles on Eurasian and global affairs, geopolitics, security, and strategic trends. He is the author of Central Asia’s Shrinking Connectivity Gap: Implications for U.S. Strategy (2014); From Frozen Ties to Strategic Engagement: U.S.-Iranian Relationship in 2030 (2015); and China’s Rise and Reconfiguration of Central Asia’s Geopolitics: A Case for U.S. Pivot to Eurasia (2015). Mr. Muzalevsky holds a diploma in international affairs from the International Ataturk Ala-Too University in Kyrgyzstan and an M.A. in international affairs with concentration in Security and Strategy Studies from Yale University.