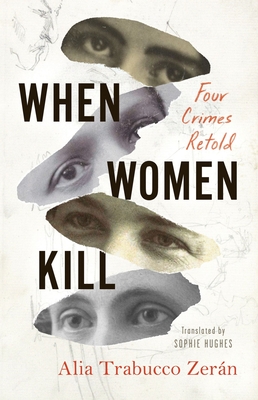 A genre-bending feminist account of the lives and crimes of four women who committed the double transgression of murder, violating not only criminal law but also the invisible laws of gender.

When Women Kill: Four Crimes Retold analyzes four homicides carried out by Chilean women over the course of the twentieth century. Drawing on her training as a lawyer, Alia Trabucco Zer n offers a nuanced close reading of their lives and crimes, foregoing sensationalism in order to dissect how all four were both perpetrators of violent acts and victims of another, more insidious kind of violence. This radical retelling challenges the archetype of the woman murderer and reveals another narrative, one as disturbing and provocative as the transgressions themselves: What makes women lash out against the restraints of gendered domesticity, and how do we--readers, viewers, the media, the art world, the political establishment--treat them when they do?