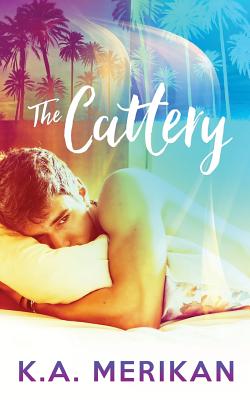 --- Role-playing a cat for six months? You said you're paying how much? --- Goran's mouth has no filter, and it's losing him job after job. Desperate and a week away from being homeless, he finds an offer online that sounds too good to be true. Spending six months in a mansion by the beach in return for a hundred thousand dollars as long as he sticks to the house rules. This might be the one job where his unruly mouth doesn't get in the way. After all, saying the wrong thing is impossible... when you're role-playing a cat. Meeting all the other guys at the cattery seems to be the icing on the cake, but the inconvenient truth he dishes out turns out to be too much. Goran makes everyone his enemy, but worst of all, Ollie, the prettiest cat of the bunch, the one who's been in the cattery the longest, and the one who makes Goran's heart skip a beat. Ollie's big blue eyes hold secrets Goran is intent on cracking, but to do so, he will need to learn to bite his tongue and listen. Too bad the pretty blond ice prince is set on getting Goran kicked out of the cattery for good. POSSIBLE SPOILERS: Themes: debt, enemies to lovers, cat-play, Miami, immigrant, billionaire, love triangle, social anxiety, rent boy, backstabbing
Genre: M/M contemporary romance, sugar kink
Length: 61,000 words (standalone novel)

K. A. Merikan is the pen name for Kat and Agnes Merikan, a team of writers, who are taken for sisters with surprising regularity. They love the weird and wonderful, stepping out of the box, and bending stereotypes both in life and books. When you pick up a Merikan book, there's one thing you can be sure of - it will be full of surprises. To keep up to date with their new releases (and get a free book in the process!) sign up to their newsletter: http: //kamerikan.com/newsletter