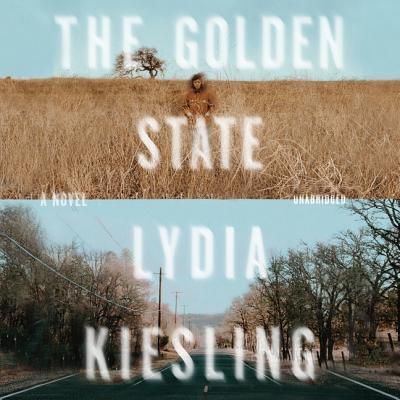 By Lydia Kiesling, Amanda Dolan (Read by)
Email or call for price
Unavailable

A gorgeous, raw debut novel about a young woman braving the ups and downs of motherhood in a fractured America

In Lydia Kiesling's razor-sharp debut novel, The Golden State, we accompany Daphne, a young mother on the edge of a breakdown, as she flees her sensible but strained life in San Francisco for the high desert of Altavista with her toddler, Honey. Bucking under the weight of being a single parent-her Turkish husband is unable to return to the United States because of a processing error-Daphne takes refuge in a mobile home left to her by her grandparents in hopes that the quiet will bring clarity.

But clarity proves elusive. Over the next ten days Daphne is anxious, she behaves a little erratically, she drinks too much. She wanders the town looking for anyone and anything to punctuate the long hours alone with the baby. Among others, she meets Cindy, a neighbor who is active in a secessionist movement, and befriends the elderly Alice, who has traveled to Altavista as she approaches the end of her life. When her relationships with these women culminate in a dangerous standoff, Daphne must reconcile her inner narrative with the reality of a deeply divided world.

Keenly observed, bristling with humor, and set against the beauty of a little-known part of California, The Golden State is about class and cultural breakdowns, and desperate attempts to bridge old and new worlds. But more than anything, it is about motherhood: its voracious worry, frequent tedium, and enthralling, wondrous love.