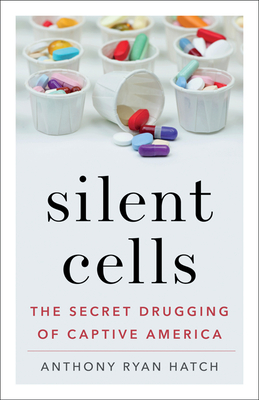 By Anthony Ryan Hatch
$19.95
On Our Shelves Now

A critical investigation into the use of psychotropic drugs to pacify and control inmates and other captives in the vast U.S. prison, military, and welfare systems

For at least four decades, U.S. prisons and jails have aggressively turned to psychotropic drugs—antidepressants, antipsychotics, sedatives, and tranquilizers—to silence inmates, whether or not they have been diagnosed with mental illnesses. In Silent Cells, Anthony Ryan Hatch demonstrates that the pervasive use of psychotropic drugs has not only defined and enabled mass incarceration but has also become central to other forms of captivity, including foster homes, military and immigrant detention centers, and nursing homes.

Psychotropics, Hatch shows, are integral to “technocorrectional” policies devised to minimize public costs and increase the private profitability of mass captivity while guaranteeing public safety and national security. This broad indictment of psychotropics is therefore animated by a radical counterfactual question: would incarceration on the scale practiced in the United States even be possible without psychotropics?

Anthony Ryan Hatch is associate professor in the Science in Society program at Wesleyan University. He is author of Blood Sugar: Racial Pharmacology and Food Justice in Black America (Minnesota, 2016).

"For residents of state-managed institutions, the American Dream too often has been warped into a drug-addled nightmare. Combining novel insights supported by rigorous scholarship with fresh, accessible writing, Anthony Ryan Hatch presents a powerful indictment of imposing psychotropics upon the caged powerless, building an unimpugnable case that unveils a deeply troubling pattern and also affords us the chance to end it."—Harriet A. Washington, author of Medical Apartheid: The Dark History of Medical Experimentation on Black Americans from Colonial Times to the Present

"Silent Cells is a ground-breaking study of psychiatric violence in U.S. prisons—not as an exception to the rule, but as a normalized practice of prison management without which mass incarceration would be impossible to sustain. A must-read for anyone who wants to understand the material conditions of the U.S. carceral state."—Lisa Guenther, author of Solitary Confinement: Social Death and Its Afterlives