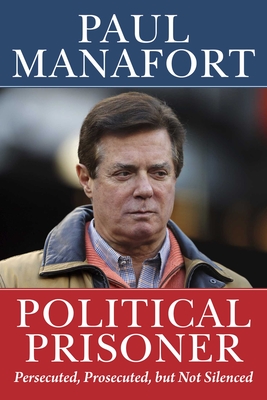 NEW BOOK CLAIMS DONALD TRUMP WILL RUN AND WIN IN 2024!

A riveting account of the HOAX that sent a presidential campaign chairman to solitary confinement because he wouldn’t turn against the President of the United States.

The chief weapon deployed by the government-corporate-media Establishment against the Trump presidency was propaganda. Time and again, allegations from anonymous sources were disseminated by a partisan media, promoted by a dishonest Democrat Party leadership, and ultimately debunked when the facts surfaced. But by the time the truth came out, it was too late. There had already been casualties.

One of the highest profile casualties was Paul Manafort.

Desperate to defeat Donald Trump—or hamper his presidency after he won—Democrats and their Establishment allies colluded with foreign operatives to concoct a completely false narrative about Paul’s supposed conspiracy with pro-Russian elements in Ukraine to further Vladimir Putin’s efforts to influence the 2016 presidential election. But it wasn’t just defamation of Paul’s character. They took the unprecedented step of enlisting the US intelligence and law enforcement communities in using their power against President Trump and his campaign team.

Political Prisoner finally exposes the lies left unchallenged by media who pronounced Paul guilty long before his case ever saw the inside of a courtroom. Not only is it untrue that Victor Yanukovych or any of Paul’s clients were “pro-Putin,” it is the opposite of the truth. Paul’s work in Ukraine and throughout his career was 100 percent aligned with US interests in the countries he worked in, sometimes even acting as a back channel for the White House itself.

Neither was Paul guilty of laundering money, evading taxes, or deliberately deceiving the US government by failing to register as a foreign agent—which he wasn’t. These were all politically motivated charges manufactured by the Special Counsel’s team for one reason and one reason only: to get Paul to testify against Donald Trump about a conspiracy that never existed. When they hear the basis of these spurious charges, Americans will wonder what country they are living in and what has happened to our system of justice.

Political Prisoner tells the real story of Paul’s life and career, exploding the lies about his work in Ukraine, his previous work with foreign governments and business interests in other countries, his involvement with the Trump campaign, and the “process crimes” for which he was wrongly convicted and sent to prison. It is no exaggeration to say that everything most Americans think they know about Paul Manafort is false.

Paul J. Manafort is a political consultant and government affairs professional whose career spanning five decades has been devoted to furthering the interests of the United States on the world stage. As campaign chairman for Donald Trump’s 2016 presidential campaign, Paul put into place the structure that delivered the nomination and eventually the general election for Donald J. Trump. Between 1975 and 1980, Paul worked on both the Ford and Reagan campaigns, playing a key role in the election of Ronald Reagan in 1980. In 1981, Paul cofounded Black, Manafort and Stone, establishing the model used in government affairs and public affairs today.

In 2009 Paul founded DMP International and focused on cutting edge technology with strategic consulting in both the business and political spheres. During this time, Paul became active in Ukraine, where he built a political practice helping the Party of Regions become a modern, western political party, and laying the foundation for Ukraine to become a member country of the European Union. Paul presently serves on the boards of directors of a number of private companies in the technology and telecommunications arenas.

“Paul Manafort is a very savvy political strategist. He saw the benefit in 2016 of Trump’s ability to dominate earned media on the web. He had faith that I was the person to get that job done, and I was able to put together an amazing Facebook plan that helped Trump to victory."
—Brad Parscale, campaign manager, Trump for President 2020

“The Russia collusion case exposed an alliance between bureaucrats, Democrats, and corporate media that created the greatest political dirty trick in US history—one that manufactured an enduring false reality that made the guilty look innocent and the innocent look guilty. Paul Manafort’s story of being caught in the crosshairs of that diabolical machinery is as riveting as it is troubling.”
—John Solomon, award-winning investigative journalist

“Paul has been one of the most consequential political strategists and operatives both in America and abroad for more than forty years. Anyone interested in politics on a big-league level on the national or international stage would be smart to pay heed to him.”
—Tony Fabrizio, Trump presidential pollster

“Though we are on different sides of the political spectrum, I urge everyone who is concerned with the weaponization of the criminal justice system for partisan purposes to read Manafort’s account of his prosecution and to decide for themselves whether neutral justice was done.”
—Alan Dershowitz, author of The Price of Principle and host of the DerShow podcast

“Paul Manafort's story is a cautionary tale of smear, politically motivated prosecution, a corrupt judiciary, survival, and renewal. Shockingly, it can happen to anyone in Joe Biden's America.”
—Roger Stone, political consultant and author