In Transit: Being Non-Binary in a World of Dichotomies (Hardcover) 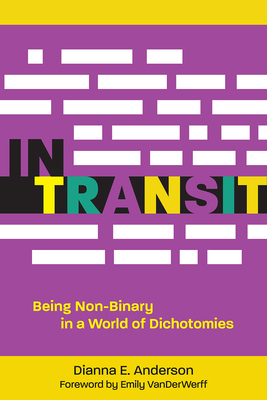 For decades, our cultural discourse around trans and gender-diverse people has been viewed through a medical lens, through diagnoses and symptoms set down in books by cisgender doctors, or through a political lens, through dangerous caricatures invented by politicians clinging to power. But those who claim non-binary gender identity deserve their own discourse, born out of the work of the transsexual movement, absorbed into the idea of transgender, and now, finally, emerging as its own category.

In tracing the history and theory of non-binary identity, and telling of their own coming out, non-binary writer Dianna E. Anderson answers questions about what being non-binary might mean, but also where non-binary people fit in the trans and queer communities. They offer a space for people to know, explore, and understand themselves in the context of a centuries-old understanding of gender nonconformity and to see beyond the strict roles our society has for men and women.

In Transit looks forward to a world where being who we are, whatever that looks like, isn't met with tension and long-winded explanations, but rather with acceptance and love. Being non-binary is about finding home in the in-between places.