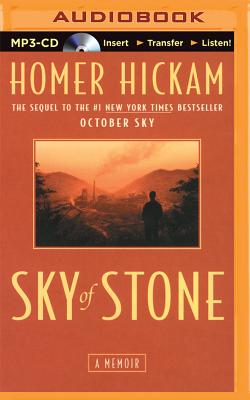 In the summer of '61, Homer "Sonny" Hickam, a year of college behind him, is dreaming of sandy beaches and rocket ships. But before Sonny can reach the seaside fixer-upper where his mother is spending the summer, a telephone call sends him back to the place he thought he had escaped, the gritty coal-mining town of Coalwood, West Virginia. There, Sonny's father, the mine's superintendent, has been accused of negligence in a man's death. Sonny's mother, Elsie, has commanded her son to spend the summer in Coalwood to support his father. But within hours of his arrival, Sonny realizes two things: His father, always cold and distant with his second son, doesn't want him there... and his parents' marriage has begun to unravel. For Sonny, so begins a summer of discovery - a time when he will learn about love, loss, and a closely guarded secret that threatens to destroy his father and his town. As the days of summer grow shorter, Sonny finds himself changing in surprising ways, taking the first real steps toward adulthood. But it's a journey he can make only by unraveling the story of a man's death and a father's secret - the mysteries that lie at the heart of Coalwood.